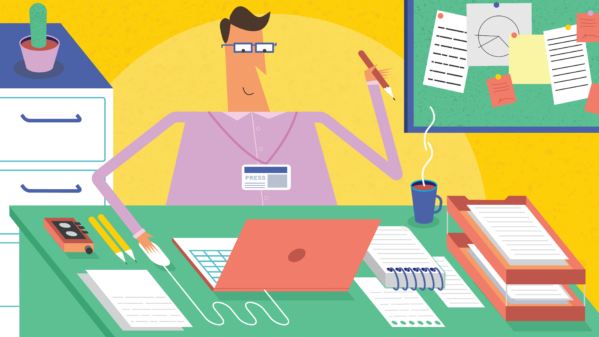 The Associated Press Style manual is the most widely used writing style compendium in the world, and while numerous news organizations produce their own specific style manuals, basic journalistic style always harks back to the AP Stylebook. The Associated Press (AP) is a not-for-profit news agency based in New York City. Founded in 1846, it operates as a cooperative, unincorporated association of reporters covering the globe. Brifely, it is all about how to write like a journalist.

Journalistic writing style differs from standard business writing in numerous ways, and following AP style to the letter is the best way to garner news media attention for your press releases. Following are six examples of important AP style requirements that can help produce a more professional news release that journalists and editors will respect – and publish.

Writing an effective press release is not as hard as you might imagine! Follow these six rules and the journalists and editors you target with your campaign will know immediately that your content is newsworthy and ready for publication.

When presenting times for an event, AP style has specific requirements. For example, 10 a.m., not 10:00. Only use a colon when presenting times such as 10:30. Always use a period between each letter,: a.m. and p.m. When the time is at the end of a sentence, there is not a second period: The event begins at 10 a.m., not The event begins at 10 a.m..

Dates are presented using the month first, followed by the day. Only use the year when referring to a year other than the current one. Here’s how it should look: Registration begins at 10 a.m. on Tuesday, July 31. When referring to a past event, it would be written like this: The mayor was elected to his first term on  Nov. 5, 2014, and is seeking re-election in on Aug. 28 (of the current year, so no year is needed). Commas always are used after the day and after the year. When abbreviating years, the correct usage is ‘50s or ‘90s, not ‘50’s or ‘90’s. The initial apostrophe indicates you have left out the first two digits.

Months with four or fewer (not less) letters are abbreviated using the first three letters (with the singular exception of Sept.): Jan., Feb., Mar., Apr., May, June, July, Aug., Sept., Oct., Nov., Dec. (no second period if the abbreviation is at the end of the  sentence). Day names (Monday or Mon.) can be spelled out in their entirety or abbreviated using only the first three letters (with the exception of Weds. and Thurs.). Whatever style you decide to use, make sure to be consistent throughout your press release.

Bone up on the proper use of infinitives. The term “split infinitive” refers to a construction consisting of an infinitive with an adverb or other word inserted between to and the verb. In everyday speech, people split infinitives all the time, but it is improper in journalistic writing. It’s to go boldly, not to boldly go. The verb phrase is to go, so any modifiers should precede or follow the verb phrase, rather than split it.

Keep contractions to a minimum

Whenever possible, it is better to use complete words rather than contractions. For example, it is is better than it’s, although when contending with meeting a 400-word limit, often it is necessary to use contractions to keep words to a minimum. When you think about it, there are always better ways to word a sentence so contractions are not necessary, especially since they can make sentences harder to understand.

Make sure to learn the difference between it’s – a contraction of it is – and its – indicating possession. Other common mistakes result in the misuse of there, their and they’re, two, too and to, and accept and except.
Their is the possessive of they, as in “They live there but it isn’t their house.” Here you want to indicate that the house belongs to them. They’re is a contraction of they are, so to say, “They’re over there in their new house” means “They are over at that place in the new house that belongs to them.”
To is a preposition with several meanings, including “toward” and “until.” Too is an adverb that can mean “excessively” or “also.” Two indicates the number 2 and is always spelled out in AP style, since all numbers below 10 are spelled out

Another problem area is found with accept and except. Accept means “to receive.” Except usually is a preposition meaning “but,”, but it also can also be a verb meaning “to leave out” or “excluding.” As verbs, accept and except are nearly antonyms, so understanding the difference is important for your press releases to be taken seriously by journalists. Simple grammar mistakes show reporters, editors and content curators that you haven’t done your homework.

Following all the style rules to how to write like a journalist is only the first step in gaining earned-media coverage. To get your release published and effectively reach your target market, you need to make sure it’s distributed to the right reporters and news outlets. Faselis Growth is an easy and affordable way to reach a pre-selected list of news outlets in your industry, and Faselis Corporate packages offer the opportunity to create your own distribution list to target the specific journalists, editors and content curators who will be interested in your news and actually use your content in their publications, broadcasts and websites.