The 10 Keys to Writing A Great Press Release 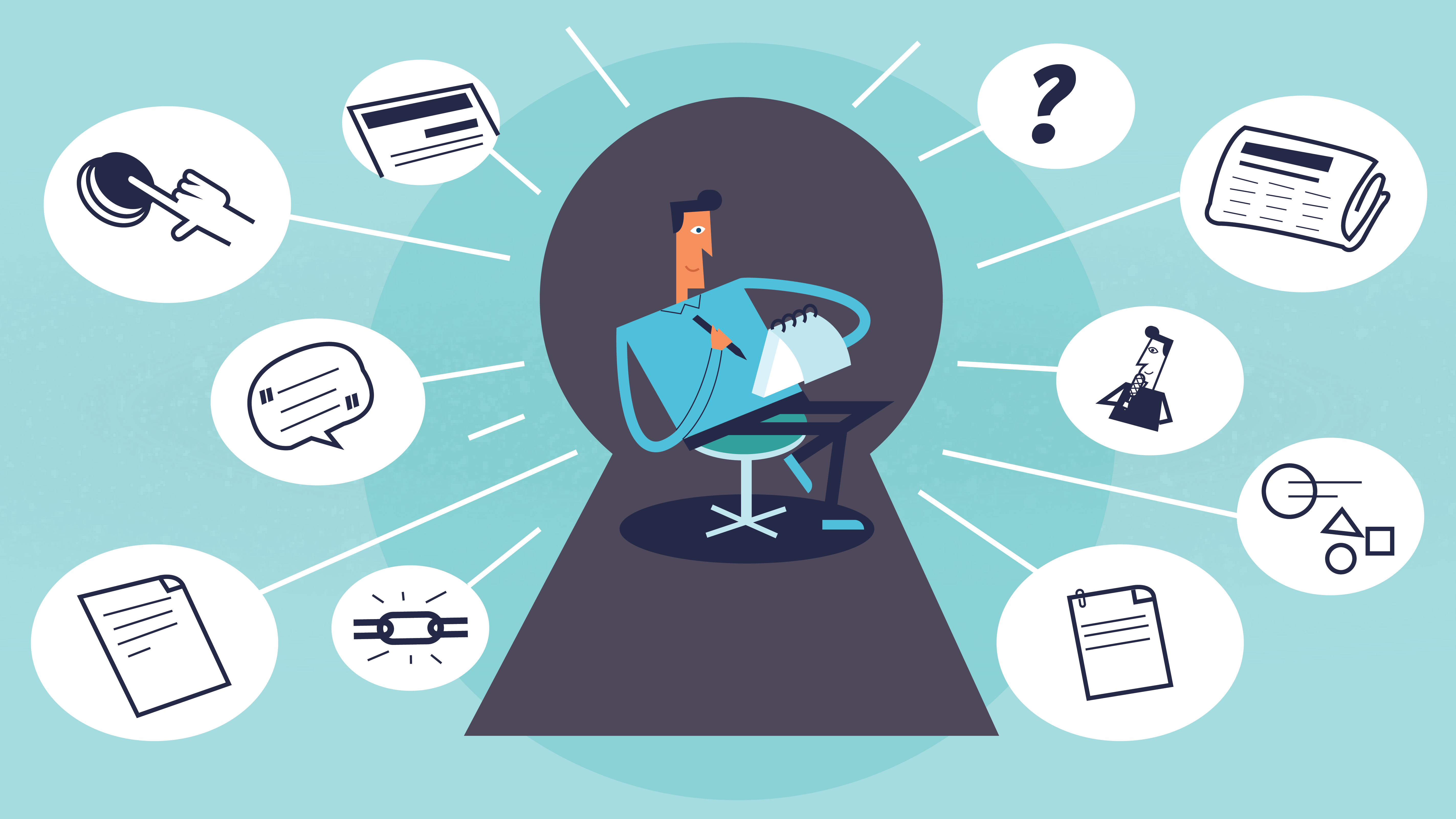 The 10 Keys to Writing A Great Press Release

When it comes to press release examples there are many to choose from. If you want to write a press release that would achieve a stellar grade in your college media arts class, that’s one thing. If you want to write a press release that makes your boss smile, that’s another. But how about writing a release that gets the media to stop what they are doing and pay attention? One that actually delivers on the promise of what all that send a PR hope and wish for? A feature story on a premier outlet, like the front page of the Wall Street Journal, or top billing on the Engadget blog, or a big CNBC video feature.

Here is your expert guide to crafting a release worthy of top billing. The journey starts with producing a press release under the SEE method. Short, easy to understand, and effective.

Don’t make your press release long. The news department has dramatically decreased in the past decade, and the amount of news at the same time has dramatically increased. This leads to inbox overload, where only the short, enticing, relevant, and easy to follow pitches are given a chance to win media attention.

You might know what HDMI stands for, but chances are the reporter your pitching does not. Stay away from tech jargon, acronyms, and biz speak. Write your release so a middle schooler would not only be able to understand it, but repeat the most important points back to you after reading it.

What is your goal? Do you wish for the media to write their own story? Interview you? Investigate your HOA for that big rate hike? You must imagine your goal before writing the release, and keep it in mind as you craft the release, so that you actually stand a chance of achieving it once the press release has been distributed.

Art – Add logos, and multimedia when at all possible to help the release stand out.
Where – Be specific as to the origin of your news. This is important to journalists, since many cover a geographic area.
Third Person – Write the release as a journalist would report the news.
Headline – Imagine trying to get the most distracted person in the world to pay attention.
First sentence – What’s your announcement? Sum up the whole release in this sentence.
Quotes –  The media might forgo an interview, therefore quote the CEO or spokesperson in the PR to add context to the crux of the release.
Subheadlines – Break up the release, and make it easy to scan for key info.
Short paragraphs – Who likes long blocks of text? Even big corporations with dedicated PR teams struggle to follow this rule.
Hyperlinks – Many PR distribution services allow linking to a website or media asset at no additional charge. Don’t overwhelm the reader, but be sure to add some.
Call to action + boilerplate – What do you want the media member to do? Spell it out for them. Stuff all the corporate info and general links to the site in the boilerplate.

To help showcase what a great release might look like, I pulled one off the current newswires from Brooks Running Shoes. This release seemed to hit many of the marks, and thus I graded it against the 10-point anatomy of a great press release.
https://www.youtube.com/watch?v=yYwKNz65yzs

”To walk you through the anatomy of a good press release. Matter of fact, we’re going to grade a press release here today. I just pulled one from the news. I’m not really a competitive runner by any means. I think I’m a more of a, my, my run is someone else’s fast walk, but, hey, I like running. I can relate to this. So, I figured let’s pull this out. Take a look at this. See what you can learn about the anatomy of a great press release. Brooks, famous shoe manufacturer Brooks has a headline here running gains new runners with 49% global growth in the third quarter. Nice, simple, concise headline tells you a stat, lets you know what’s going on with the company. Oh, there is a photo. It looks very nice. Got the product in it. Product in action, even better.

There’s the logo. That’s also very good. And then as you can see here, it’s a recent time period. And where is it from? It’s from Seattle. That’s also helpful as well. We want to know where it is, wanna know where they are and then let’s look at this first sentence here with a clear purpose of inspiring everyone to run their path to better self Brooks running good. You’ve got a hyperlink reported record third quarter global revenues. So, it’s a record up 49% year over year leading to a 2020 outlook of 27% growth. Ooh, that’s a lot for a first sentence, but that does reinforce the headline that does give the reader an immediate account of what this is about. And let’s read on these results. Reflect the brand’s careful navigation through global COVID-19 pandemic. So, it’s mentioning a current event that’s very good and related economic downturn, clear performance, positioning and ability to fulfill demand across channels.

And you see here, it’s mentioning the brand. So, it’s not saying our brand or a brand, it’s the brand and that’s why it’s third person it’s writing it as a journalist would write it. Oh, here we go. Here’s a quote. This is good. Quote. Look at the positioning of the quote. Nice and nice and up near the top of this release. So, we’ve got a good headline. Maybe I would have put in there that there was a record for the company, but otherwise good headline. Good. media assets. Nice. First sentence. Good hyperlink. Right up there at the top. Nice timeliness of the release. And here we go with the quote, we believe in the positive power that run can create in someone’s day and its additive benefits over time. It is also an effective anecdote in troubling times and we’ve seen that proved true as running participation increased since March said Jim Webber CEO at Brooks running.

So you see here one little tip too, if you’re writing a press release and you’re trying to quote yourself or others put that little comma at the end, that little comma and then who said, who stated it? And you put that person’s name, title, and so forth there. And so, you go on, I don’t have time to really run through everything, but you go through, it’s you know, this is here, the 2020 running booms. So, start talking about, again, something popular, something newsworthy, something that might be reported on. We, you know, we’ve got another quote here. This one we’ve worked alongside our retail factory distribution partners to ensure those who want to run can find the product they trust and need to bring positive energy into their lives. So again, got another quote. If someone were to do a story, didn’t want to do the interview or couldn’t access, the CEO, they could just pull this.

Right, and so we’ve got more here despite the challenges, more stats, Oop, then we’ve got subheadings. Isn’t that great subheadings. So, you’ve got that. They’ve got research here and amidst a COVID-19 pandemic, they’ve got e-commerce and retailer growth. So, let’s say you were an e-commerce pub and you were looking at this release real quick and you say, Ooh, like, here we go right here. Now this is something I want to focus in on. And then you’ve got product innovation and you’ve got more hyperlinks. And you talking about more statistics, what better way to cite statistics when they’re from the source. And then you’ve got brand strength and talks about Brooks brand strength, brand equity and so on. It’s got a little bit of stats there and then it’s got the boilerplate here, which is always good to have you see that there.

So real quickly let’s run through our 10-point anatomy. Does it have art? Yes it does. Where is it specific? Absolutely specific a Seattle mentions third person. Yes. It’s written in third person headline. Imagine trying to get the most distracted person in the world to pay attention. I think so first sentence, what’s your announcement. Sum up the whole release it did that quotes, the media might forgo an interview, therefore quote, the CEO. It’s got that sub headlines it’s got that short paragraphs could have done a little bit better hyperlinks. It’s got that call to action. I’m going to say it did have that because it wanted you to know the stats and it got that. And then also it was timely used COVID-19 and again, use stats. I would give this one a nine out of 10. It’s a little bit long at about 800 words, but overall a great release. And that’s the anatomy of a great press release. So, go ahead and copy it and do your own, in a similar fashion for good results.”

PR is as much a science as it is an art. Writing succinctly helps, but without the proper elements, like the ten keys listed above, there are major hurdles to getting proper media attention on a press release.
Avoid the rookie mistakes. Write a PR like a pro. Be methodical about it. Use the SEE method in conjunction with the 10-point anatomy of a great PR to ensure you are hitting a homerun every PR distribution you send.
Bio-
Clark Covington is a 17-year PR industry veteran. Covington’s firm, Brand Exercise, has helped land placements for clients on NBC, CBS, ABC, Fox, CNN, and BBC, on shows like Today, Undercover Boss, and Shark Tank. Covington has also worked internally on PR teams for top-50 university Northeastern and national magazine Autoweek.

April 19, 2021
Previous Post
How to Save Time and Money by Using Distribution Service?
Next Post
What To Say After You Send: A Comprehensive Press Release Follow Up Email Template