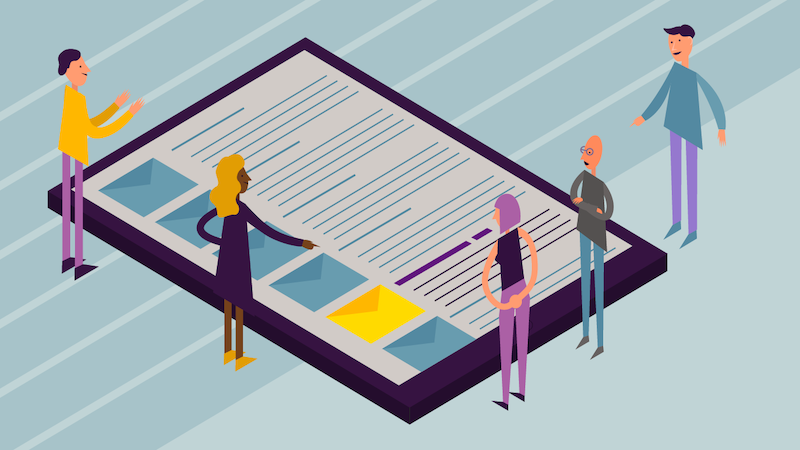 To be news, every article needs to answer the same age-old questions – called “The five Ws and the H” in journalist school: Who, What, When, Where, Why and How. This has been the order of these imperatives for time immemorial, mostly as a mnemonic device, a sing-song chant that we learned rote so none of these essentials would be forgotten. We learned to write a concise and attractive headline that included as many of these six imperatives as possible in 15 words or less, all determined by the actual physical space available on the newsprint or the amount of time we had allotted for our news broadcast. But in the fast-paced online world journalists inhabit at the end of the second decade of the 21st millennium, the order must change. We’re no longer pitching stories in person or on the phone, now it all comes down to the all-powerful first five to seven words: your effective email subject line.

The ‘5 Ws and The H’ are still spot-on, just in the wrong order. Use this internet-savvy rethink of time-proven rules to write subject lines that get journalists to open your emails every time

As a general rule, who’s doing something is less newsworthy that what they’re doing. In most cases news is – and therefore the subject line, headline and summary need to focus on –  the end result, not the process or the creator. When it comes to electronic communication, the new “Five Ws and the H” need to be considered in a completely different order.

Here are some examples:

Whether to use a few of these precious words to label your content as a “Press Release” depends on the specifics of your message and whether you have a prior relationship with the recipients. Since your subject line should be kept to a maximum of about 50 characters, a lot of valuable real estate can be used up by including this information. If you’re not certain the journalists on your list are aware of your brand based on the sender name, you might want to add the “Press Release” label to your email. Two possibilities include:

Keep in mind that emails sent to your media list will first be given a quick glance to see if they are worth a journalist’s time to open them. With very little time on their hands, journalists need to scan numerous emails and make a decision on the newsworthiness of what they get in their inbox. Additionally, these people are on the go, and likely viewing your email on a mobile device.

Do not waste precious space with words like “Exclusive,” “Breaking” or “For immediate release,” as every unnecessary word in an email headline is less space for the sell. Do not waste time on passive verbs like “shows” or “demonstrates” and avoid adjectives all together. Remember that while your headline may accurately tell the story of your press release’s content, headline copy often doesn’t translate well into an email subject line, since the goal is to hook the reader with the first five to seven words.

A well-written effective  email subject line that states exactly what the email contains immediately tells the journalist what they can expect. Knowing that journalists’ primary source of news is still their mailbox, it’s possible that adding “Press Release” to your email makes them more likely to view the email resulting in an increase of pick-ups. Your subject line should make clear that the news you’re releasing fits in with the content your target generally covers.

If you’ve done the hard work, there is a story worthy of being told with each press release that leaves your office. Just remember that you have to sell each journalist on the story, and often they have to turn around and sell an editor. Make it impossible for your recipients to skip over your email next time they scan their inbox. Writing a specific, concise and interesting email subject line is the only way to make the cut. Think of the subject line-headline-lead paragraph connection as an inverted pyramid. Keep the subject line concise and choose the one most important takeaway from the release to include in it.

A great press release is a waste of time if no one reads it. Faselis offers direct connections with industry-specific journalists and content curators and makes it easy to track opens and click-throughs to measure the results of your email campaign. The Faselis interface allows you include as many images and video attachments as you want without clogging up your recipients’ in boxes since images and videos are attached as small thumbnail files available for download with a single click.

April 19, 2021
Previous Post
How To Write A Successful Product Launch Press Release?
Next Post
In A Great Fashion Press Release, Your Products Need To Speak For Themselves